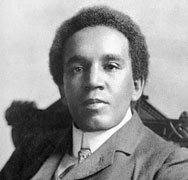 Viewed by many as Britain’s foremost composer of African descent, Samuel Coleridge Taylor is recognized as an international composer. Coleridge-Taylor's is best known for his serious choral masterpiece Hiawatha's Wedding Feast. The work is a setting of verses from Song of Hiawatha by the American poet Henry Wadsworth Longfellow. He conducted its premier to great acclaim. The work was staged hundreds of times in the United Kingdom alone during the next 15 years. Samuel Coleridge-Taylor is also known for two works in a lighter vein. "Danse Negre" from African Suite, which sounds like a rousing overture evocative of Broadway musicals of a later era. The work was inspired by the writing of Paul Laurence Dunbar, the celebrated African-American poet whom the composer knew and admired. Coleridge-Taylor's ballet like Petite Suite de Concert, Op. 77 was championed by England's counterpart to Arthur Fiedler, Sir Dan Godfrey.

By including African, Afro-American, and Afro-Caribbean elements in his compositions in melody and in title, as well as by being visibly and proudly of African descent, the music and the achievements of Samuel Coleridge-Taylor had made concert musicians of African descent proud and able to walk tall, especially in America where the compositions of European masters dominated in concert hall programs.

His legacy is remembered and fostered today by the Samuel Coleridge-Taylor Foundation, which provides current information about performances, discussions, and information about the composer and his music.
share this page...

by Samuel Coleridge-Taylor
Variations in B Minor for Cello and Piano
Web design & development by Taos Digital, a Taos web design company